Clash of the Titans [Halloween Event]

Infos how to reach the Titan H-N 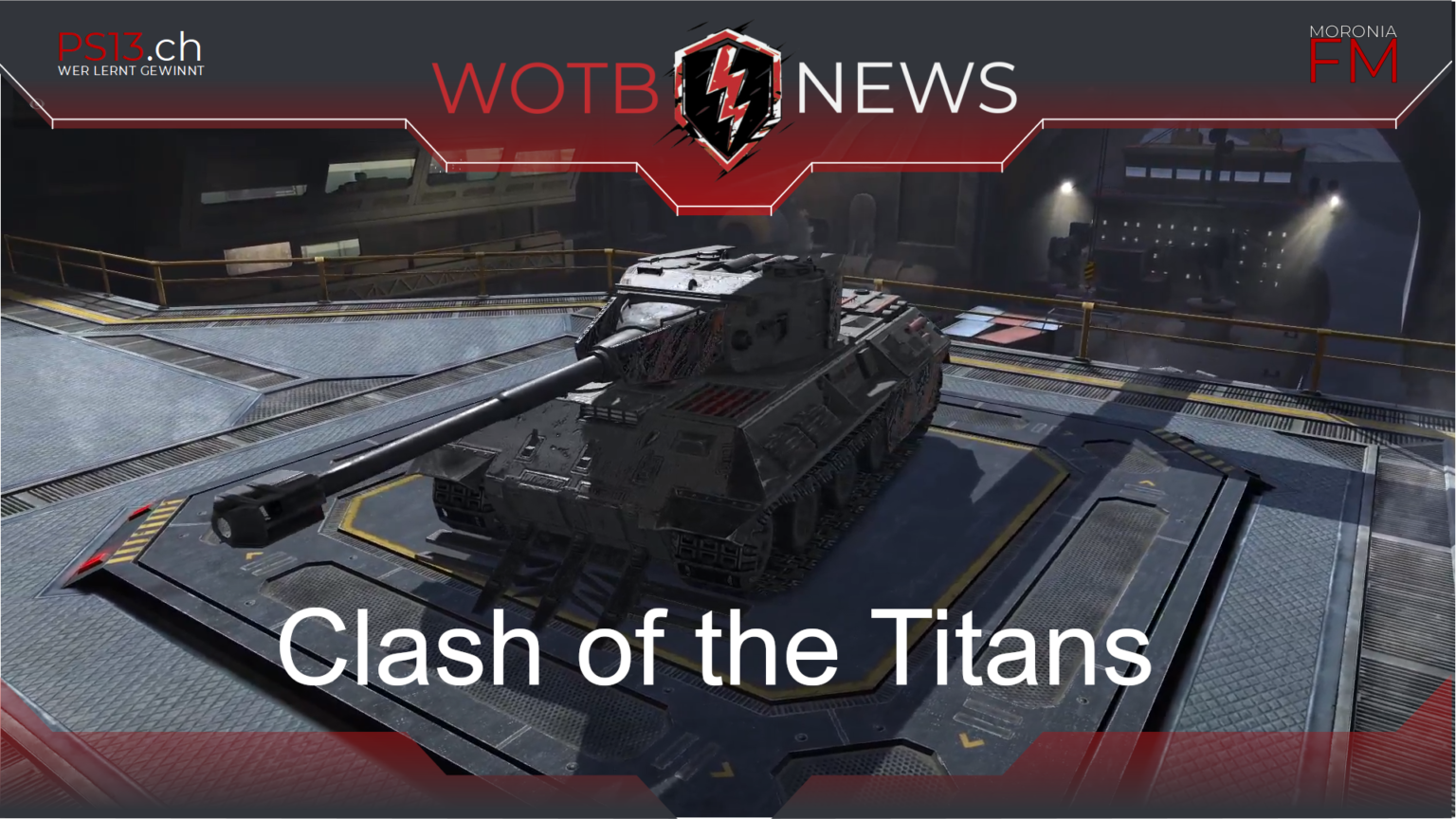 October is traditionally the time of the very important Halloween event in the game World of Tanks Blitz! This year, the Titans will appear on the field. We give you a first impression here!

There are 55 stages in total. Each stage requires 10 currencies, so 550 in total.

There are 4 ways to get the currency in this event. Two ways are through the “Activators” and the third way is through the “Super Activator”. The fourth way is to buy the currency with gold (1 level=1k gold, 5 levels=2.5k gold), but this only works if you buy the super activator first.

An activator is a repetitive mission that allows players to earn money through their actions in battle. Only one of them can be selected for free, the other one requires the purchase of 1000 gold. Both activators can be performed simultaneously.

The first activator allows the player to earn 2 currencies for each victory, up to 50 victories. This would give the player 100 currencies, allowing them to advance to level 10.

The second activator allows the player to earn 15 currency for each 1st class or ace tanker, up to 10 times. That would be a total of 150 currencies to reach 15 levels.

In plain English, that means you can get up to level 25 with both activators. The Titan Mk 1 (level 5) is at level 8 and the Titan H-N (level 7) is at level 35, which means that it’s impossible to get the new Tier 7 Titan unless you use real money.

WG recommends buying a “super activator” that grants 300 currency instantly. This costs €9.99 and can only be purchased once. With it, you can skip more than half of the event. WG believes that it is a good investment.

Otherwise you will not be able to reach the Titan H-N.

The event is again based on building levels, which can be unlocked with the help of currency obtained in missions. At the same time, you earn additional points with good performances in combat. Besides all sorts of colorful stuff that will come after you as usual, there is the Tier V Medium Titan Mk. I to be earned at level 8 and the Tier VII Titan H-N at level 35

The Titan Mk. I

The little Titan is a souped-up level V Crusader. In addition to its futuristic appearance, it seems to have been given a British two-shot cannon, which distinguishes it from its explorable likeness. We don’t know any other details.

The Titan H-N is, at first glance, a classic level VII heavy tank: not particularly fast, well armored, and solid gun. In terms of values, this means:

Now that’s not special for now, but there’s something else…:

If the tank has lost 50% of its health, more armor plates flap out frontally! Frontally, additionally 60mm spaced armor is added to the lower hull and the turret is also reinforced frontally with 60mm armor plates. You can see this mechanism in the video above.

This armor is comparable frontally to a Tiger II with a stronger turret. And it is space armor. 🥴 So it sounds pretty – tough.

These new vehicles belong of course also properly in scene: Therefore, there is also a new garage. Or let’s better call it a hangar from now on. A container ship, which enters an interesting port, will soon welcome you in the game.