We're bringing out the big info mace for you and providing you with new insights into the upcoming update 7.6 today! New tanks, new events and of course a new Battle Pass! As always, you can find out what's coming here exclusively at PS13! 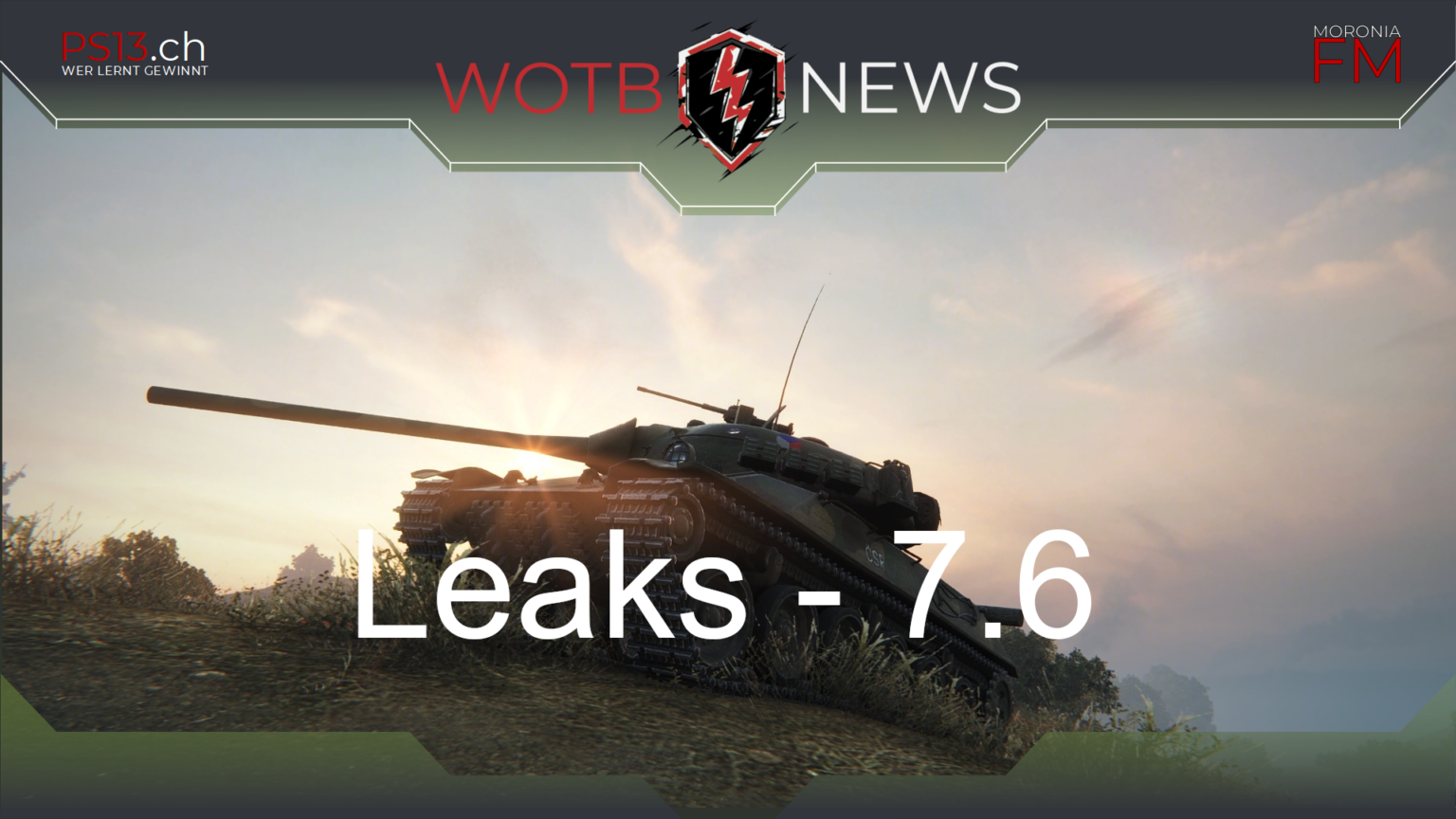 We’re bringing out the big info mace for you and providing you with new insights into the upcoming update 7.6 today! New tanks, new events and of course a new Battle Pass! As always, you can find out what’s coming here exclusively at PS13!

The first light tank on Tier VIII with 4 grenades in the magazine. The Defender’s armour is rather non-existent and cannot repel a hit from the enemy. In terms of dynamics, the Defender has similar performance to the AMX 13 90 and slightly outperforms it (slightly more power-to-weight ratio, slightly higher top speed). In terms of firepower, the Defender is on par with the AMX 13-90, but it has one crucial difference – a drum for 4 shells. It is also worth noting that the Defender has a fairly high penetration value compared to its equivalent counterparts, allowing it to realise its potential more effectively. However, its alpha damage is lower than usual (160 damage) so as not to make it completely OP.

The Bundeswehr’s fighter tank awaits you! Among the TDs, it will have one of the highest dynamics at tier level VIII, which means it can change positions quickly and is wonderfully suited for flanking. On the other hand, it has hardly any armour. If you are reconnoitred, you will be in the garage faster than you would like. In terms of firepower, it is on the same level as its comrades, but there is one important difference – less alpha damage (350), but more comfortable penetration (255), fast aiming time, high DPM (~3k) and good gundepression.

The new BattlePass is back and offers the familiar gains: camouflage, profile backgrounds, a bunch of inGame resources and of course a new tank. And it’s a real cop! You’ve never seen a tank with a nose ring and horns that spits flames? No? Neither have I until now and I could have done without it. I present the bull:

If you want to get an overview of the resources that can be won, then I recommend the following video. By the way, this time you can get a T-28 as a collector’s vehicle from the collector’s ram box if you get the Premium Pass.

Of course, there are also new camouflages. Realistic ones are once again not included, but we have the model pot holder, the old granny wallpaper, the ink box on the tablecloth and the steam locomotive!

On Friday 12 February, we celebrate the Lunar New Year with our Asian friends. In the style of the educational podcast Moronia.FM, first an explanation: The Lunar New Year is the beginning of the year in some traditional Asian calendar systems. New Year is celebrated there at a certain phase of the moon, usually on the day of the new moon. The underlying calendar can be based on the lunar year (354 days) or on the lunisolar year (365 days, but with leap months).

The Lunar Event in World of Tanks Blitz is designed to be as simple as possible. That means you only need one win per day, for one week and you get all the prizes. The video shows you exactly what you can win:

The 7.6 update has a lot of new things in store and there are gimmicks all over the place! The ruble must roll! The most important news is that we can now offer you news much earlier than you can find on the relevant pages. I hope you are as happy about this as we are.