Wargaming has provided us with fresh information about the update 7.7! Besides new test tanks, we can therefore also report on upcoming events and the planned training of new players in World of Tanks Blitz! 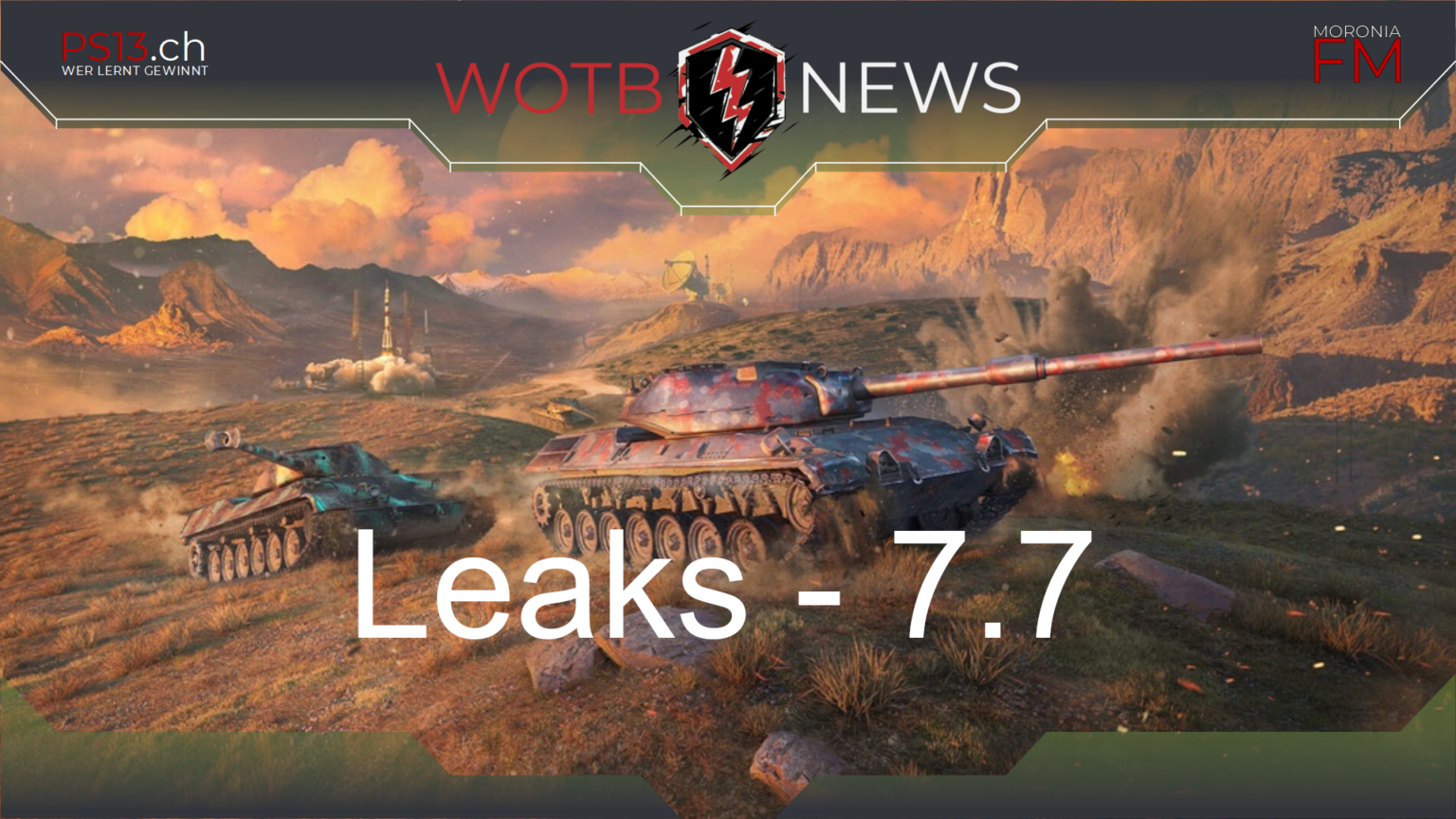 Wargaming has provided us with fresh information about the update 7.7! Besides new test tanks, we can therefore also report on upcoming events and the planned training of new players in World of Tanks Blitz! Have fun reading!

With the upcoming update you will see three new tanks on the battlefield: The LT-432, the Turtle Mk. I and the Škoda T 27 will be handed over to the testers to see how they do in the wild.

The Soviet Faction is getting another Light! The LT-432 will fit in at Tier VIII and features high mobility with an extremely low profile. Because it is so low profile, the armour angles are very favourable and it is sure to bounce some shots. To compensate for this strength, it has hardly any gun depression and also the gun will not be the most reliable.

If the Soviet Light is too fast for you, Wargaming of course has something for those who like it slower: The Turtle Mk. I crawls into battle. This is a British Tier VIII fighter tank that fits wonderfully into the AT series. It is slow, but very well armoured. The gun is extremely dangerous and should not be underestimated. But you should not have a Light in your neck. According to the pictures it is similar to the Tortoise or the Badger. At first glance, there are few frontal weak spots, so you can be curious.

And that was not all. As is already known, from 7.7 there will be Czech Mediums in the game. This branch will probably be enlarged by another premium tank, the Škoda T 27. It is fast and flexible, but more importantly, it has a 3-shot autoloader with a really fast intra-clip reload. That sounds like a fun machine!

Do you remember the E75TS event, when you could collect parts for the tank by collecting Mastery Badges, and finally build it out of them? This event will now be back! Collect Mastery Badges and receive an M4-A2 Loza’s Sherman!

You can collect the parts for the tank in normal and scoring battles. Note, however, that they do not appear in the overview after the battles, but go directly into your garage. There may also be delays in the distribution of the parts, but don’t worry, they will arrive! Oh, and for the number crunchers among us: You need 215 parts! If you already have the tank, you will receive 700,000 credits as compensation.

If you’re wondering why there was a TierVIII tank last time and a TierVI tank now, the answer is simple: variety! But it will also be easier to get the tank (415 parts were needed last time).

Do I need to say anything else about the BattlePass? I don’t think so… This much I can say: There will be another one in March! The collector tank this time will be a Valentine and the BattlePass tank named Magnus comes from the Gladiator universe and is an M6 in a spruced up version! Check out the video to find out what the prizes will be:

I can’t tell you too much about Magnus yet, but I can show him to you

It is well known that new players are taught practically nothing in World of Tanks Blitz. There is no proper tutorial and so it is not surprising that especially in higher levels the experience is missing. Wargaming now wants to address this problem and introduces events exclusively for beginners! 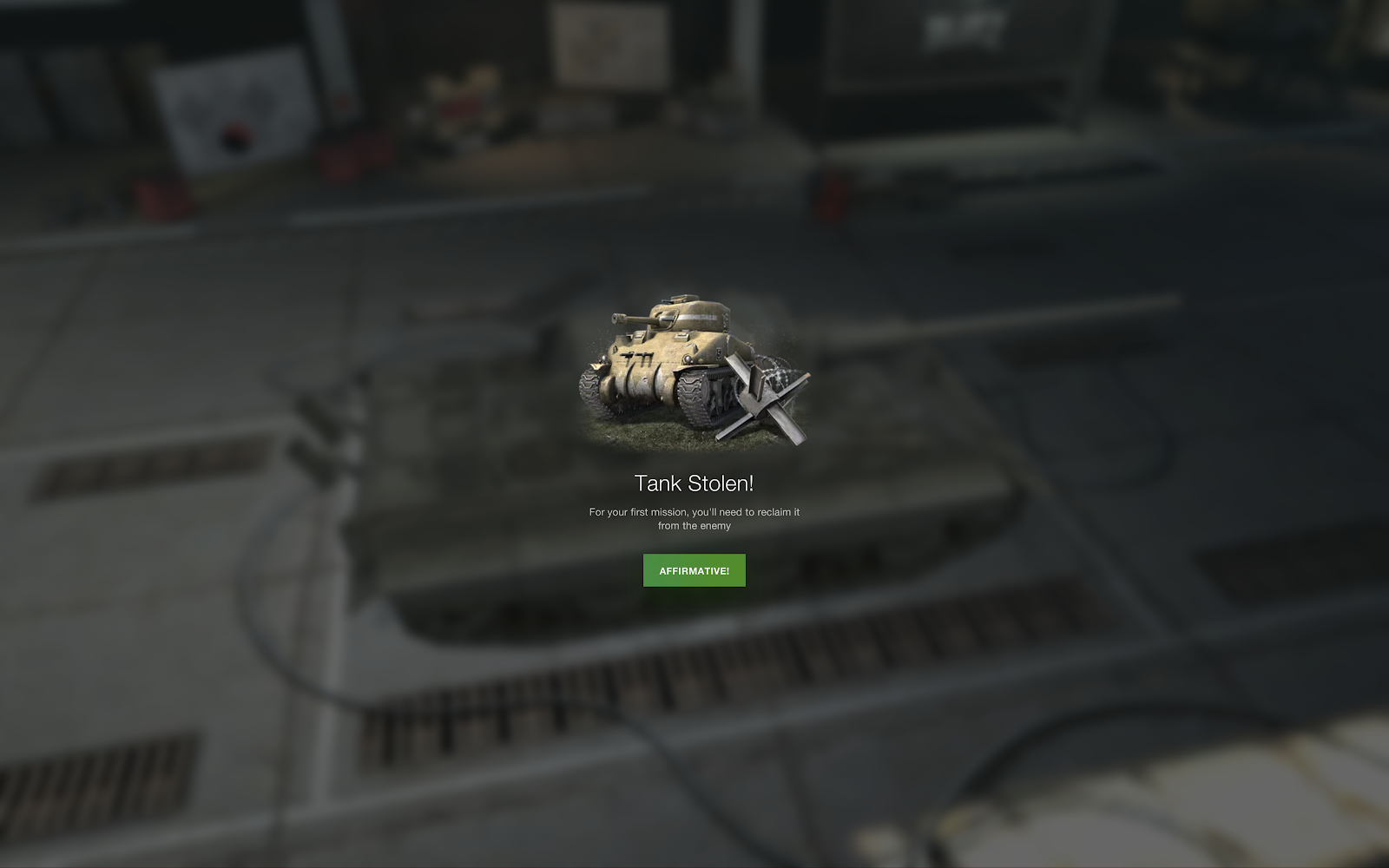 What is that exactly?

An event that helps a beginner understand the user interface and basic mechanics of the game with the help of tips and a series of tasks that WG have prepared for them.
After the end of the tutorial so far, the player is sent into a real combat mission: The enemy has stolen a new experimental tank that must be returned (T6E1 is the first prototype of the M4 Sherman). After completing all the stages, the player returns the tank and as a reward is appointed commander of this tank by the command – the player receives the tank. The mini-event starts automatically after completion of the tutorial (individual start for each player) and lasts for 7 days. The conditions are as simple as possible: play battles and get a proxy to complete the stages of the event. A total of 14 battles will be played. The beginner plays in 5×5 format on small maps.

Who are these events for?

These players are exclusive to new players! This is evaluated based on the time of inGame registration.

The Mini-Event presents us with a series of 5 levels that can be completed in 14 battles. At the end of the event, the new player will receive a level IV premium tank.
The player cannot skip or fail this event as it contains the basic knowledge that the player needs to continue. But if within 7 days of the start of the event the player has not completed the tasks, then the event will simply disappear. New tanks! New Events! New BattlePass! New help for beginners! Plus a new explorable line! So Wargaming has packed Update 7.7 full to the brim. What do you think of all these things? Post it in the comments! I think it’s a welcome development!