For the update 8.2, we have summarized the first leaks - preliminary information for you here. 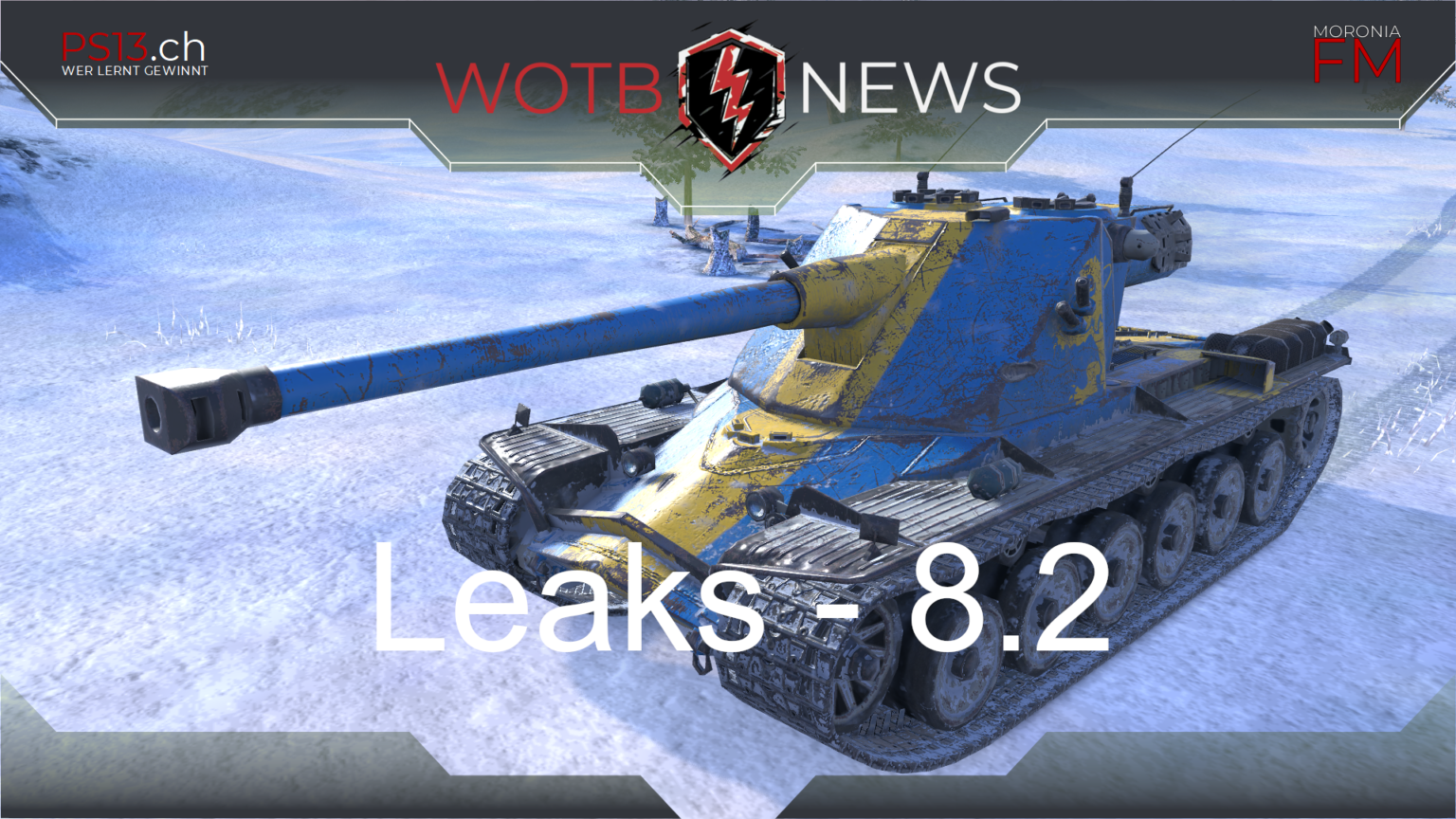 Yesterday in the official live stream of Wargaming a lot of info for the upcoming update was published. We summarize them for you here as usual:

Ghost Factory is the highly anticipated new map coming with update 8.2! It will be available to Tier V-X tanks in both domination and encounter battles. This locale is unusual in that it actually has a map within the map – a factory in the middle designed for close combat of armored vehicles. Every player will find something to do in each of the directions. We hope that fans of Easter Eggs will not be disappointed either – there are at least three of them on the map. Implemented for the first time in Ghost Factory are static images on objects in the form of labels with store numbers, warning signs and other elements that have made the appearance of the location even more atmospheric. Players who play with high quality settings of objects will be able to see them.

We will get a new design of the avatars:

Caution! These changes do not affect the actual armour profile of the vehicles, it remains the same.

In armour design, homogenisation of armour is a property that reflects the quality of the steel and the special processing methods used in the manufacture of the armour plates to reinforce them.

It is based on the hidden parameter of homogenisation, which has existed in WoT Blitz since its release, as it is actually the legacy of WoT PC. Homogenisation is implemented as an additional coefficient applied to armour strength. It is not shown in the performance characteristics in the garage and only works in combat.

The vast majority of tanks in the game have a homogenisation coefficient equal to 1, meaning that the thickness of their armour is the same as indicated in the performance characteristics. However, there are some “legacy” tanks that have this parameter other than 1. For them, the armour values are currently not displayed quite accurately.

With update 8.2, we will get rid of the hidden coefficient of armour homogenisation: now all tanks, without exception, will have it equal to 1. We will adjust the thickness of the armour plates of the vehicles where the homogenisation was greater / less than 1, so that the armour profile of the tanks will not change. The garage performance characteristics of the armour of such tanks will change slightly in the numbers, while in combat everything will remain the same. You can check this in the training room by comparing the armour highlighting in update 8.1 and in update 8.2: The highlighting will be the same, although for some tanks in the performance characteristics the numbers will be different in versions 8.1 and 8.2.

The balance of the Tier X vehicles has always been very important to us. Some time ago, we increased the HPs of heavy tanks and added new consumables to some branches. These decisions gradually led to some Heavies becoming the most versatile and comfortable on the tier: They easily and successfully replaced the roles of other vehicle classes. This affected the variability of setups in random battles and significantly degraded the diversity of setups in scoring battles and tournaments. For about a year we lived with the meta of certain HTs, and now we’ve decided to change it a bit: to work with the versatility of HTs and slightly strengthen some of the qualities of other classes. HTs will still be comfortable to play, but they will no longer replace other vehicle classes.
Nerfs will not affect the game comfort of these HTs too much, but their versatility will be less pronounced.

The improved engine boost will now give 40% on engine power, + 5% on turn rate, +5 km/h forward. The rest of the parameters will not be touched.The IS-4 and the Kranvagn will each lose 150 hp and a few degrees in tower rotation speed: The change in turret rotation speed of the Kranvagn will be more significant than that of the IS-4, so Mediums will be more comfortable fighting these HTs (it will be easier to out-manoeuvre them) and TDs will also have an easier time countering them.

We always closely monitor the balance of performance characteristics of vehicles, including the top tiers, and want to keep players interested in playing with different tanks. Every Tier X will have its finest hour sooner or later.

Caution! The overall pace of earning credits will not change for both explorable and premium vehicles.

We are starting with systemic improvements to the credit economy in the game. Our goal is to balance the progression of progress and farming, as well as work with negative emotions when seeing negative amounts of credit income.
We are starting with low levels.
For Tiers I-VI we have decided to remove the cost of repairs completely, and for Tiers 1-5 and some Tiers 6-7 the cost of non-golden grenades – for such tanks repairs and grenades will be free. To keep the balance intact, we are proportionally reducing the profitability of these vehicles. Therefore, the average farming tempo will not change. The changes will affect all tanks of levels 1-6, as well as some stock sevens. We will carefully analyse the results of this change and apply best practices to fine-tune the mid-to-high level economy.

The improvements to the graphics and visual effects continue. With the 8.2 update, the Swedish Heavys get the new HD textures and pollution animations. In addition, the premium WZ-113G-FT can enjoy this new rendering.

In Update 8.2, the in-game store gets a complete overhaul to match the new visual style of the game’s UI.

And for many, long-awaited: The British are finally getting their own voice with a British accent. So WG is finally working on new crew voices. If they’ve started on them now, maybe we’ll have other voices like Polish and Italian in the game soon? It remains exciting! 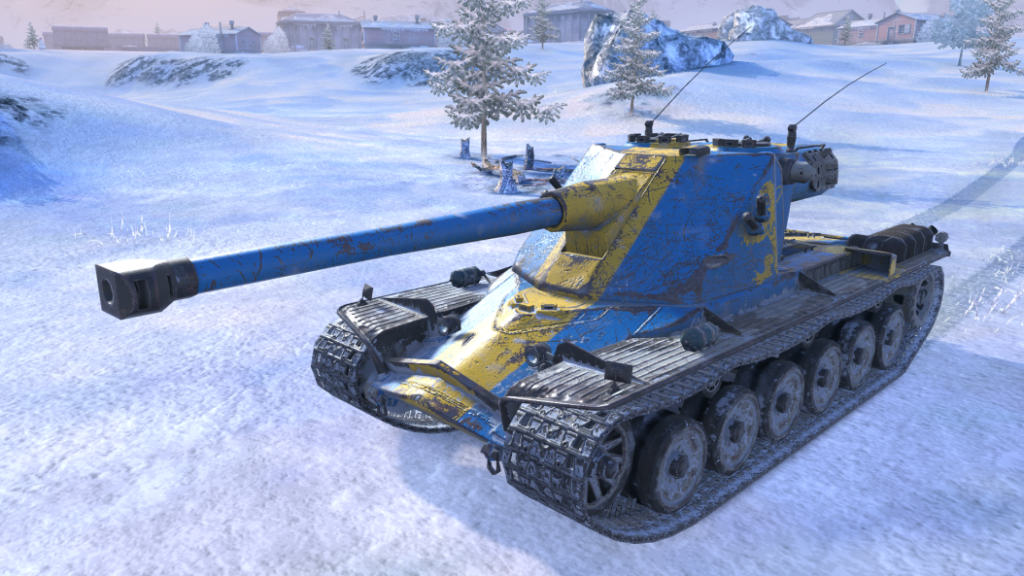