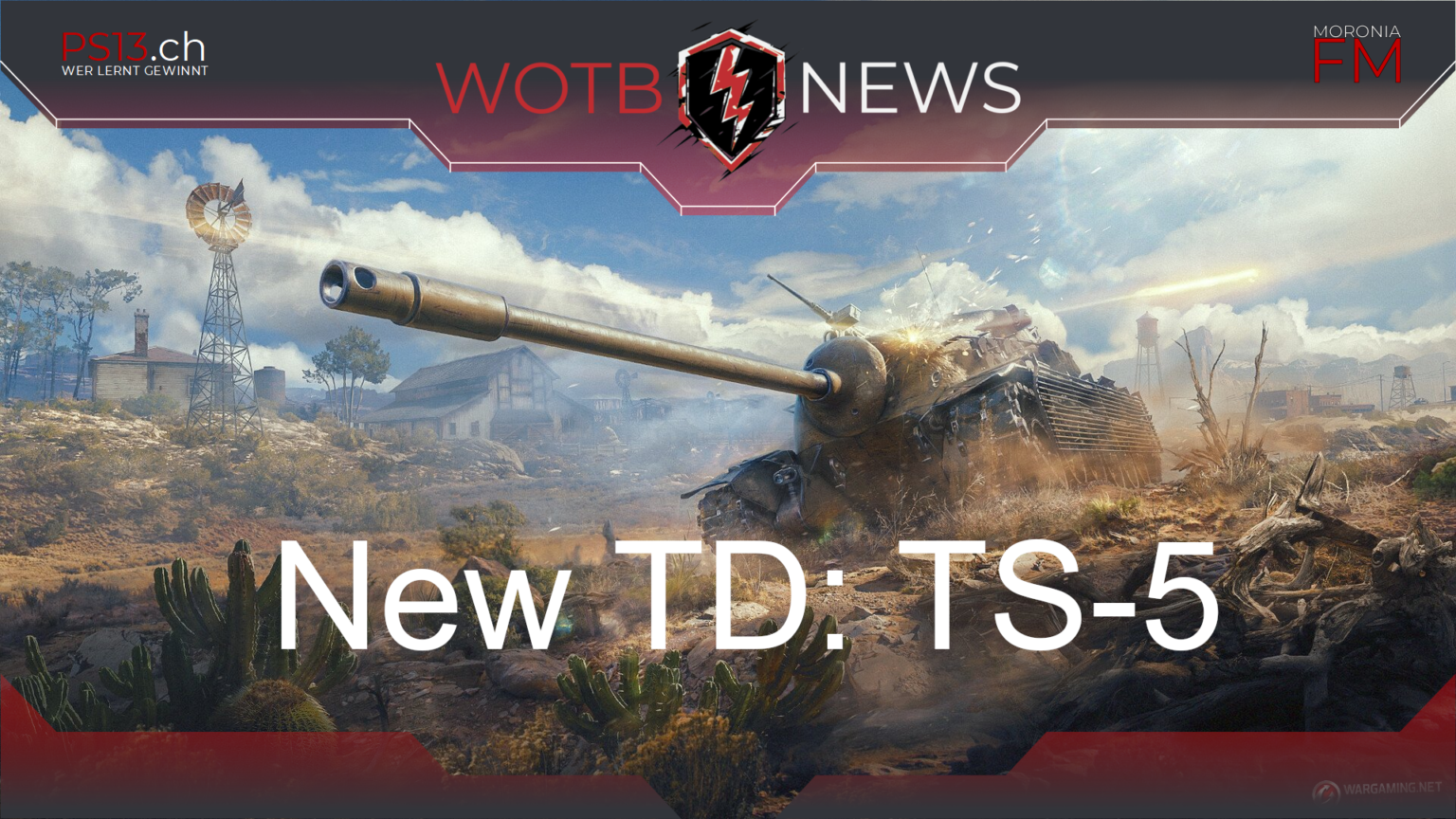 Today something big and heavy comes crawling into the World of Tanks Blitz store: The American TS-5 is here. What makes this tank special and if you should invest, you can find out here!

The TS-5 is a prototype of the American tank construction, which was designed as a tankdestroyer and breakthrough vehicle, but never got beyond the status of a model. It is extremely heavily armored frontally and has a very powerful cannon. If we think about the game World of Tanks Blitz, then we already know such a tank, and that is the T28. Therefore, we will compare the vehicles with each other afterwards.

Practically speaking, the T28 and the TS-5 actually have the same guns, but if we take a closer look, we will see subtle differences. 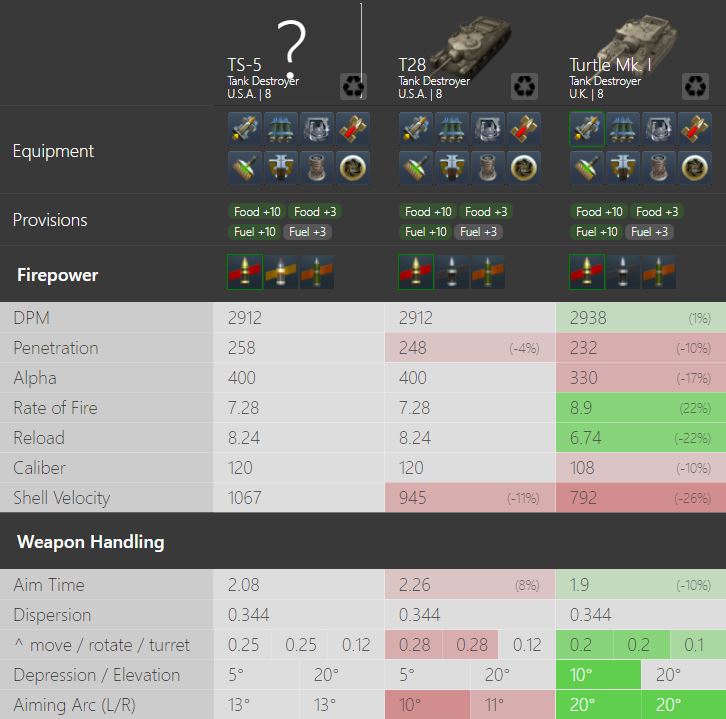 Both tanks have the same alpha damage and DPM. The aiming angles of the cannon are the same (bad) and in accuracy they are on the same level as the good gun of the British Turtle. The differences are in the details: the TS-5’s gun aims a bit faster and its bullets fly faster. The penetration is also the highest of all. But now comes the special feature: The TS-5 has HEAT as its premium ammunition. And this one flies just as fast as the AP and has an insane penetration of 340mm by default without provisions! This HEAT ammo goes through practically anything and with the gun you could easily go to TierX as long as you manage not to shoot at spaced armor or tracks.

There’s really hardly any need to write anything about this category for the type of tank except: practically non-existent.

Nevertheless, it can be said that the TS-5 is still the fastest of the hunks. With 26 km/h it rolls towards the opponent and as long as he only sees the front, it’s not a pretty sight. In comparison, the T28 and also the Turtle are 6 km/h slower, and you definitely notice that. Nevertheless, you should think carefully about where you are going before the battle, because flank changes are hardly possible with the vehicle.

So what remains is the paradigm discipline of these heavy vehicles – armor. The TS-5 is very heavily armored frontally, just like the T28. There are weakspots for balance reasons, of course, and those are the commander’s cupola and a small strip at the front, but for that the enemy has to aim really accurately. This vehicle in a HullDown position in position is quite a bouncer. And thanks to the gun, it just pops everything that comes in front of it.

But as soon as he turns even a little bit, or generally the enemy comes to the side armor, then it’s over quickly. And the rear end attracts enemy HE shells magnetically anyway, as with all American vehicles.

The TS-5 delivers what is expected of it: a frontally heavily armored colossus that rolls ponderously across the battlefield and has a powerful gun. In this case, a very very powerful gun with incredible HEAT penetration. It is a better T28 in my opinion and also comes with a good looking legendary camouflage. The TS-5 is a classic enthusiast vehicle. But is it also a strong tank? Well, rather less. Like the T28 it is very team dependent and you need flank protection. How often this is given, you have to decide for yourself.